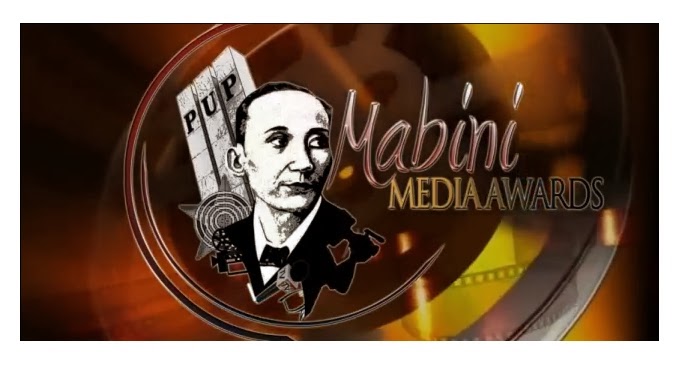 In commemoration of Gat Apolinario Mabini's 150th Birth year, the Polytechnic University of the Philippines through its College of Communication held on February 13, 2014 (yesterday) the first ever PUP Mabini Awards at PUP Bulwagang Balagtas.

The premier university's foremost award-giving body for media was said to be the "most exciting" and could be the "most prestigious" as it features the best networks, best media practitioners, best programs in television, radio, print, online and in advertising, said Dr. Edna T. Bernabe, the college dean.

The Awarding ceremony brimmed with stars from different media as they receive the trophy of recognition for their professionalism on communication and to serve as an inspiration for the rest of communication students that filled the crowd.

42 categories within five media, the winners are as follows.

Dr. Emanuel De Guzman graced the awarding of the commemorative trophy to the winners together with his vice presidents.

The dean with Dr. Racidon Bernarte, chairman of this year's affair noted that the event first came up from the minds of select 4th year Broadcast Communications Students way back in 2009.

The selection of winners came from the voice of some 12, 436 students of PUP who voted by their Student Information System (SIS) account.

The dean assured the accuracy of the result of the online voting held from June 2012- 2013 for it is scientifically based through the help of the University's Information and Communication's Office.